The demands of rebuilding regional economies may leave little alternative to a hemispheric trade deal.

WASHINGTON — If there really is opportunity in crisis, the coming months promise a chance to completely redefine and refocus hemispheric affairs. What’s needed is a vision to promote sustainable economic growth, stronger democracies and social development — while getting the region hardest hit so far by COVID-19 back on its feet.

Here’s one idea: betting big on a new, hemisphere-wide trade agreement — based on democratic values and market principles, rather than geography — and using the 2021 Summit of the Americas as a venue to launch it.

Download our 5 Big Ideas special report as a PDF

At first blush, this may seem like a preposterous time for such a proposal. Latin America is sputtering, directionless, as the pandemic ravages lives and disrupts economic and social dynamics. Governments are pressed beyond their capacity to deliver basic services, much less undertake a complex negotiation. The United States remains preoccupied with its own twin economic and health crises, to say nothing of its approaching presidential elections, and has not been in a pro-trade mood for years.

The last major attempt at a hemispheric trade deal, the Free Trade Area of the Americas (FTAA), fell apart in the early 2000s amid street protests and a regional turn toward populist leaders seeking to remake regional relations separate from the United States. Today, although the populist fever has receded, frustrations linger and the violent disturbances that roiled much of Latin America in late 2019 have gone quiet mainly because protesters were forced into quarantine. Even before the pandemic hit, years of sluggish growth and stubborn inequality contributed to regional weakness, with 2020 anticipated to be yet another year of underperformance. Growth has now collapsed and projections suggest the region’s economies may contract as much as 10%, the most since 1901 when records first began to be kept.

So it’s hopeless then, right? Not even close. But success under such trying circumstances will take a concerted, creative and conscientious effort by the United States and like-minded partners, defining and rallying around a significant, mutually beneficial regional economic initiative that restores optimism and a path for a rapid return to growth.

Whatever increased U.S. engagement in the region ends up looking like, it almost certainly won’t be in the form of significant new direct aid, regardless of who wins in November. There will be no Marshall Plan for the region. There may be half measures, including enhanced facilities and authorities and resources for health sector activities and regional economic support through international financial institutions, and there will also likely be additional bilateral assistance (which has been steadily decreasing for years anyway). But domestic U.S. politics will ultimately prevail and, after spending trillions of dollars to relieve the lingering economic distress of U.S. citizens, what appetite will remain, absent an immediate strategic threat, for massive new foreign aid?

Increased U.S. engagement in the region almost certainly won’t be in the form of significant new direct aid, regardless of who wins in November.

Instead, a more attractive approach would be renewed commitment to expanding trade and investment, with a focus on supply chain integration and regional job creation. Many across the region have already spoken favorably about this idea. Building on the new United States-Mexico-Canada Agreement (USMCA) as a template—a Donald Trump administration initiative that adopted virtually whole-cloth the preexisting Democrat trade agenda and was approved on a bipartisan basis—regional trade and investment relations should get a new look.

The iron is hot

Scoffers will claim that we already tried that with FTAA. Indeed we did, and it ended poorly. But circumstances have changed dramatically in the 15 years since the 2005 Summit of the Americas in Argentina, the so-called Errata of Mar del Plata, when the regional trade agenda was summarily cast aside. Unlike before, now may actually be a far more promising time to reboot an ambitious, updated hemispheric trade and investment agenda.

The region is in crisis, eager for renewed growth, and willing to consider virtually all options. Equally important, regional politics have shifted: Hugo Chávez is dead and Venezuela is no longer able to rally an anti-U.S. bloc of nations with bullying and payoffs; Brazil’s Luiz Inácio Lula da Silva, Bolivia’s Evo Morales, Ecuador’s Rafael Correa, and Uruguay’s Tabaré Vazquez have all been replaced by pro-U.S. leaders who seek closer relations. Chile, Colombia, Paraguay and Peru, among others, remain favorable toward Washington. Despite misgivings, Argentina and Mexico both need U.S. financial forbearance and have nowhere else to go, as shown by the July visit to Washington of Mexico’s Andrés Manuel López Obrador.

Further, from the U.S. perspective, implementation of USMCA now offers a bipartisan template for regional trade expansion that might otherwise have been impossible politically for the United States to pursue. Although some of the provisions in the new North American agreement, particularly related to labor, appear at least initially to be objectionable to some countries, others, including the ones pertaining to the digital economy, are potentially very attractive. Other sectors that might yield significant early-harvest agreements as stepping stones to a broader regional agreement include the health care, clean energy and auto sectors, among others.

Most significantly, for the first time since the end of the Cold War, Washington perceives a new external challenge for regional hearts and minds — China, which, despite its own domestic problems, is busily using the current crisis to solidify its regional position. There is nothing like a threat to motivate Washington to engage more actively on hemispheric affairs, but you can’t beat something with nothing, as the saying goes.

It’s one thing for Washington to berate Latin American and Caribbean leaders for accepting assistance from Beijing in hopes that they will “do the right thing,” but it’s quite another to make a dramatic gesture that will actually offer a more productive U.S. alternative.

The ideal vehicle for doing so could be the next Summit of the Americas, which the United States is set to host in 2021. Since the 2005 fiasco, regional summits have mostly been side shows, known more for Secret Service shenanigans and anti-U.S. posturing than meaningful steps to improve people’s lives. The U.S. president didn’t even attend the last one, in 2018 in Peru. But as the next host, the U.S. president will have to attend and, more to the point, for both political and economic reasons the United States will be looking to lay out a significant, even historic agenda to put the region on a more sustainable path to recovery. And this time, the region will very likely be more than willing to listen.

At the same time, the United States will, like previous summit hosts, determine who is invited. As a forum explicitly open only to democratically elected and governing leaders (despite Panama’s invitation to Raúl Castro in 2015), the event is tailor-made to bring together those who are like-minded in seeking closer intraregional economic relations among North American, Latin American and Caribbean nations. Whereas those such as Venezuela’s Nicolás Maduro who reject such an initiative will likely prefer to remain at home, if they are invited at all. That’s fine; the consensus-based summit decision-making model proved unworkable long ago.

For the strategically minded, a summit focused on trade expansion and economic integration could then provide an exciting opportunity to invite extraregional, democratically elected, and potentially freer trade partners to the table, such as Australia, Israel, Japan, Malaysia, New Zealand, Singapore and even the United Kingdom. This could help launch a next-generation trade and economic partnership among willing nations that will firmly and finally position Latin American and Caribbean nations within the strategic global economic context.

Despite the obvious advantages, neither a second Trump administration nor a Joe Biden administration would presumably find such a proposal easy to champion, for different yet equally significant reasons. But what is a realistic and meaningful alternative? Massive new aid for Latin American and Caribbean post-COVID recovery is even less likely than a trade deal. Technical assistance and trade facilitation are welcome but hardly compelling in the face of China’s growing profile and budgetary largesse. América Crece and the Millennium Challenge Corporation activities are well-meaning but inadequate. Directing the U.S. private sector to invest in the region is impossible; domestic job creation and economic recovery will continue to be the priority. And hope alone is no strategy.

Neither Trump nor Biden would presumably find such a proposal easy to champion. But what is a realistic and meaningful alternative?

Nonetheless, if Washington forgoes a near-term trade and economic agenda, there is no reason the region itself cannot move ahead on its own, without the United States, as it did in creating the Lima group for the burgeoning Venezuela crisis, and the Comprehensive and Progressive Agreement for Trans-Pacific Partnership to strengthen Pacific Basin economic integration. As the Inter-American Development Bank has skillfully shown, one of the most significant engines of economic growth that the region has so far foregone is the expansion of intraregional trade, which significantly lags global peers. A new initiative to increase regional economic integration among willing parties, based on economic principles rather than geography or political “solidarity,” would immediately make the region a more attractive recipient of the direct foreign and domestic investment that it both seeks and requires. Leaders could then give the United States a right of first refusal to joining the initiative, even as China waits in the wings.

Latin America and the Caribbean need help, but the region is not helpless. Casting aside the long-running straitjacket of regional solidarity and least-common-denominator consensus for decision-making has been a valuable start, and real progress can be achieved. But creativity and political leadership are more necessary than ever, starting with Washington. Mutual recovery and long-term, sustainable prosperity and strengthened democratic governance remain broadly shared regional aspirations. Expanding trade relations and economic opportunity is one of the most potent, mutually beneficial tools available to get there. With the next U.S.-hosted Summit of the Americas barely one year away and regional economies sinking further by the day, there is precious little additional time to lose. 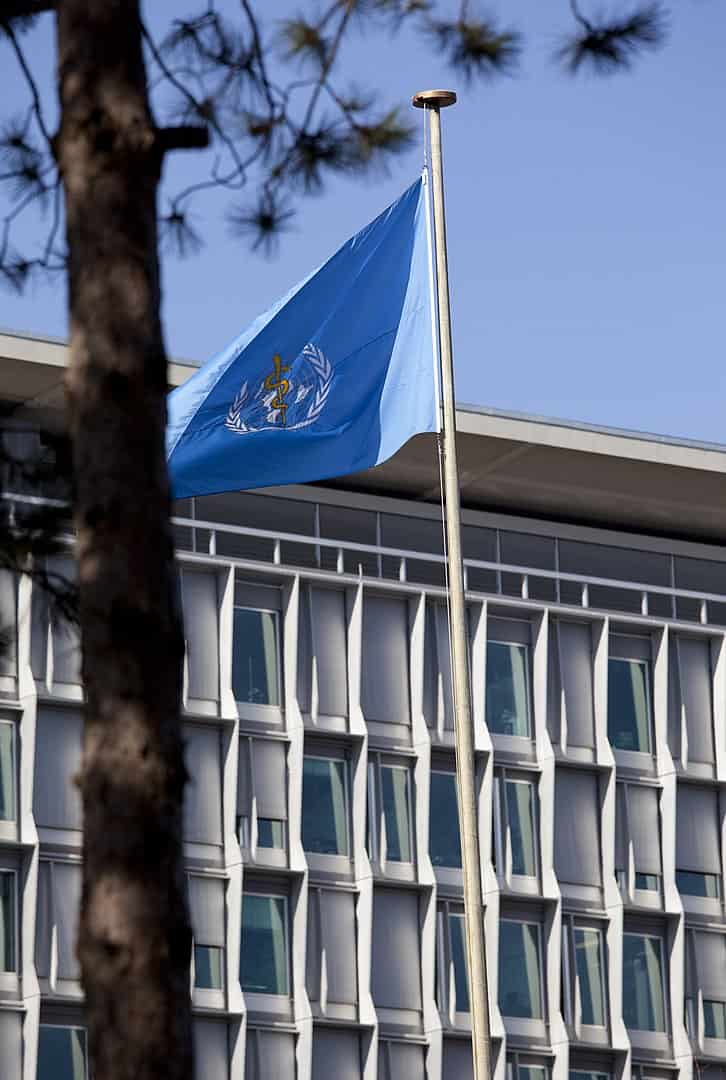 CanSino and Moderna’s race for a vaccine; WHO’s mass international clinical trial; the “state of the world” in brief. The ASG global COVID-19 update
Next article 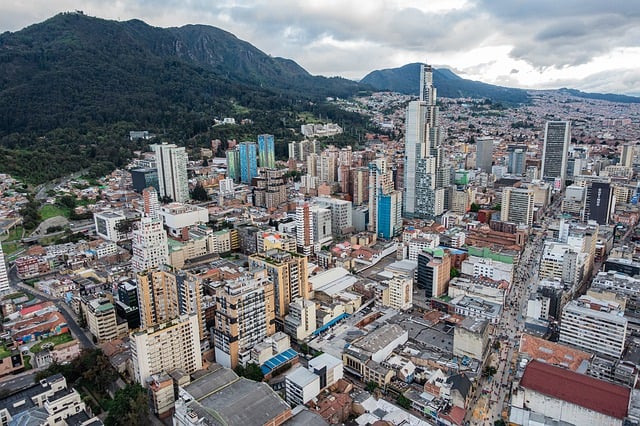