Although unthinkable, the pandemic brought something good. “It moved a lot of the policy conversations out of certain comfort zones and conventional wisdoms. This is always good news: thinking out of the box,” said the new Executive Secretary of the Economic Commission for Latin America and the Caribbean, ECLAC, José Manuel Salazar-Xirinachs.

He has been an avid promoter of these new conversations that are sprouting in the region. “There is a certain freshness, a certain willingness of policymakers, on both private sector and public sector, to revisit things; to change traditional ways of doing things,” he said.

Latin America has deep, structural gaps that must be addressed with strong actions. “The data tells us that there are backward steps in major indicators of the economy, of poverty, and informality,” he added.

Salazar-Xirinachs wrote a ‘Decalogue’, ten points to guide policy-making and interventions in the region. It is likely to guide ECLAC’s research efforts. The list begins, perhaps as most economists would agree, with productivity.

‘Productivity, productive development, employment and inclusive growth’ is the first commandment. “It is really a tragedy of Latin America. If you look at the figures of productivity in the last 30 years, it is flat. We have not been converging with the leading countries,” he said. Growth in the past decades has been driven by investment in infrastructure and by the favorable effects of demographic change. Productivity has not contributed much, he added.

He claims it requires not being timid about working sector by sector, and he cites a good amount of very successful cases that resulted from doing so. “Mexico has medical devices, motor engines, cars, aerospace, and software. Costa Rica has been very successful in medical devices and new modern services. Argentina has agricultural machinery.”

He attributes these sectorial and cluster successes to active sectorial policies. “Sometimes we have too much macroeconomic and governance conversations, and public policies have not emphasized the need to work with economic agents and with everyone that is relevant in specific sectors.”

This portion of his agenda should then be understood as a critical element for inclusive growth and for employment.

Executive Secretary of the Economic Commission for Latin America and the Caribbean, ECLAC, José Manuel Salazar-Xirinachs, set a 10-point list of policy priorities to solve the region’s structural problems. 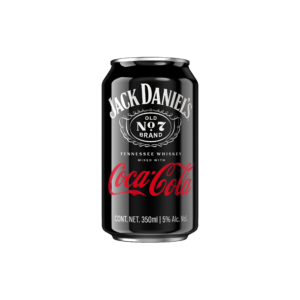 Restaurants in Caracas are full and it is hard...
Articles & Interviews

Dina Boluarte is the first woman to occupy the...