While Latin America is competitive in a select number of sectors such as mining and agribusiness, collectively—as a region—it lags behind Asia. The reasons for subpar performance are many, but one that continues to loom large is infrastructure.

Latin America continues to fall short when it comes to infrastructure investments. According to the World Bank, while East Asia and the Pacific invest approximately 8% of GDP in infrastructure, Latin America and the Caribbean invest close to 3% of GDP[i].

An important question arises then: how much should Latin America be spending on infrastructure? Expert opinions vary but the general agreement is that there should be investments in infrastructure that amount to at least 4-5% of regional GDP.[ii]

Let’s look at the region’s infrastructure for water and electricity. With around 94% of households having access to drinking water, Latin America is doing well when compared to other developing regions[iii]. Electrical infrastructure is also doing relatively well with around 96% of households having access to electricity.[iv] However, Latin American countries must pay special attention to diversifying their sources of energy from hydroelectric to solar and wind in order to face the increased uncertainty of precipitation brought forth by climate change.

Continuing with transportation infrastructure, this is perhaps one of the region’s most notable weaknesses. According to The Economist , Latin America confronts serious problems in this area: it lacks a dense transportation network, is exacerbated by the region’s low population density; additionally, its paved road density is quite low as is the quality of the existing roads. However, urban transportation performs somewhat better.[v]

Airports are also underperforming. The region’s airports have fallen behind due to both a lack of investment to expand and modernize and an increase in passenger demand brought forth by a growing middle class. For example, Brazil has seen a huge increase in airport traffic. To illustrate, to keep up with the increasing demand, São Paulo’s Guarulhos Airport will increase its 30 million passenger capacity to 60 million by 2025. The estimated investment needs are over $4 billion [vi] .

In terms of digital infrastructure, improvements have been made but the region continues to face supply and demand constraints to achieve a complete digital transformation. The digital divide in Latin America continues to be wide, with the majority of its population in rural areas having no access to the internet.

Under these circumstances, to whom should Latin America turn for support? Over the past decade, an important opportunity has developed for Latin American countries: China’s Belt and Road Initiative (BRI). Latin American exporters will have an opportunity to benefit from greater connectivity, with the BRI having the potential to reduce shipping times, trade costs, and according to experts, it could also increase agricultural, mining, and manufacturing exports from 1% to almost 8% in at least five Latin American countries.[viii]

In order to counteract the initiative from China in the Latin American region, President Biden has sent delegations to Colombia, Panama, and Ecuador, to discuss the “Build Back Better World (B3W)” international infrastructure investment initiative. This could help catalyze much needed infrastructure development projects and investments in sectors like communication technologies.

How can Latin America achieve these improvements? In the past, most of the countries in the region have turned to public-private partnerships (PPPs) for infrastructure investments. In 2021 Latin American countries secured over $18.6 billion across 56 projects from private investors, becoming the region with the second largest investment commitment in infrastructure[ix].

Another important source of funding is China. Overall, China’s growth in Latin America has been increasing rapidly since 2000, and most recently it was evidenced by the country’s support of the region in fighting against COVID-19, with China supplying Latin America with millions of vaccines. China’s Belt and Road Initiative, as mentioned, has pumped a huge amount of money into the region for infrastructure. From 2005 to 2022 alone China invested $143 billion along with $138 billion in loans.

Multilateral development banks have also been important sources of funding in infrastructure projects in the region. These include the World Bank, the Inter-American Development Bank (IDB), Development Bank of Latin America (CAF), and the Central American Bank for Economic Integration (CABEI), for the majority of their lending needs.

Latin America has the means to improve its infrastructure, but first it must work on prioritizing its investment needs and goals, on improving the efficiency of public spending, and on attracting cost effective funding. In doing so, Latin America can become more strategic in allocating it resources for infrastructure improvements and achieve a level of infrastructure that can contribute to sustained economic growth and improve the lives of its citizens.

[i] Retrieved from the World Bank’s report “Rethinking Infrastructure in Latin America and the Caribbean” 2017, https://openknowledge.worldbank.org/bitstream/handle/10986/26390/114110-REVISED-PUBLIC-RethinkingInfrastructureFull.pdf 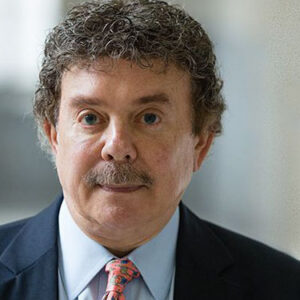 Jerry Haar is a professor of international business at Florida International University, a global fellow of the Woodrow Wilson International Center for Scholars in Washington, D.C., and a senior fellow of the Council on Competitiveness. He also serves on the board of The World Trade Center Miami. 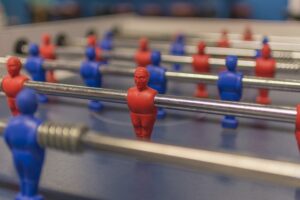 The Zero Deforestation policy was launched internationally to regulate...
Opinion