Dina Boluarte is the first woman to occupy the presidency of Peru. She took office hours after the Parliament dismissed President Pedro Castillo.

Extraordinary? No. Since 1950, on average, a Peruvian president has been in office for two and a half years. The average had already dropped to two years in this century and more in this decade. In fact, Dina Boluarte is the sixth person to hold the presidency of Peru in five years.

In a strange, but not unusual move in Peru, Castillo announced his decision to dissolve Congress. A few minutes later, in response to that action, Congress declared the presidency vacant, accusing Castillo of violating the Constitution and bringing up corruption charges against him that would leave him morally unfit to govern.

Shortly thereafter, the Peruvian Armed Forces supported the congressional decision, based on their respect for the Constitution.

Dina Boluarte is a 60-year-old lawyer, graduated from San Martin de Porres University and specialized in notarial law, according to her curriculum vitae. She was elected vice-president in the election that brought Castillo to the presidency. She also served as Minister of Economic Development and Inclusion.

The new president does not have the open support of any of the 15 parties represented in Congress. Therefore, her intention to be in office until 2026, when her term would end, would be cut short if the Congress approves in two legislatures the holding of new elections.

In his first speech, he asked Congress for a political truce “to install a government of national unity”. In this line, he announced the formation of a cabinet of ministers “of all bloods, where all democratic forces are represented”. In turn, the president of Congress, José Williams Zapata, told a local media that he would expect the new president to choose a “broad-based” cabinet.

Dina Boluarte said that work must be done on the “political reform that our country urgently requires”. This task for Congress, however, would not seem to have much political appeal. To distance herself from accusations of corruption in the Castillo administration, Dina said she would confront corruption in all its lurid dimensions. She stated that she would request the support of the Attorney General’s Office and the Public Prosecutor’s Office “to enter without half measures into the structures corrupted by the mafias within the State”, so that they would promote investigations and quick sanctions.

The support of Brazil’s president-elect, Luiz Inácio Lula da Silva, comes in a very timely manner to Dina’s rescue. He wished him good luck and announced what will be his task to work for regional integration. In practice, it would seem that international support from Brazil and from other leftist governments such as that of Gustavo Petro in Colombia, with whom Dina already met in August, may help her to keep her position.

On the economic front, the coming year will be a weak one for Peru. Small farmers and alpaca and sheep breeders are trying to fend off the worst drought in 50 years. The country faces the fifth wave of Covid-19, which may have finally peaked this week. At the same time, avian influenza has killed thousands of birds across the country.

The OECD expects Peru’s GDP to grow 2.7% in 2022, 2.6% in 2023 and 2.9% in 2024. Growth would be driven by increased mining production, which has traditionally been one of the country’s strongest economic mainstays, and a recovery in tourism. However, these are not very substantial rates of increase.

This year, mining production was hampered by protests in copper mines. Social investment came to a halt due to slow budget execution at the local level. Unemployment has already reached pre-pandemic levels, but informality is at 70% of the labor force.

This weak situation will not be easily reversed because Peruvian growth will depend on the global financial squeeze, higher oil payments, and local inflation, which will remain high until 2024. It may be helped by market conditions in China, the main destination for Peruvian exports, which will recover its growth somewhat in 2023 according to OECD estimates. 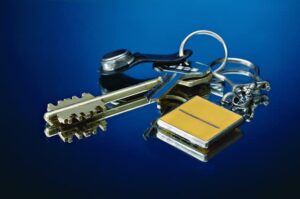 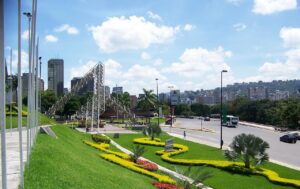