As the green transition takes off globally, the adoption of electric vehicles (EVs) has become a fundamental part of this strategy because cars are an important source of carbon emissions (about 12% globally), although not as much as industrial production and supply chains, which are responsible for at least half of global emissions. One might wonder why so much attention is being paid to electric vehicles in the green transition if other sectors are bigger emitters. The answer lies in the technical and commercial feasibility of EVs to reduce emissions.

In fact, substituting traditional cars with EVs could help governments meet their pledges to cut emissions while buying time for sectors where technology is not yet sufficiently developed to reduce emissions at a reasonable cost. Finally, the EV sector offers a great industrial opportunity, and not only for the companies and countries that have traditionally produced cars, but also for newcomers. In fact, some of the most successful EV companies did not exist before, with Tesla as the best example, or have come from very different sectors, as is the case of Foxconn, one of the largest producers of electrical components, having embarked on the production of electric cars.

The European Union, the first economic giant to take serious measures in the face of the challenge of climate change, was also the first to encourage the demand for sustainable cars, and to a lesser extent to produce them, though not necessarily completely electric ones, but rather hybrids, probably because of the interests of the existing European automotive companies.

In China, on the other hand, the commitment has clearly been for the fully electric car, both for production and consumption. In this sense, subsidies have been concentrated on the producers, and less so on consumers, to encourage investment in research and development, which to date has been the most determining variable for the success of EV companies, with Tesla as the best example.

The reality is that the growth of the EV market has just begun. Sales of EVs are expected to grow from 4% of total car sales in 2020 to 70% by 2040, with China as the main market, followed by the EU, while Asia outside China should become more relevant from 2025 onward. In fact, the adoption of EVs in Asia ex-China has been slow, with only 3% of its total car sales. The main reason for the delay is the very limited government support, except in South Korea. But this also means massive growth opportunities, as Asia excluding China accounts for 20% of the global traditional-car market.

EV producers in China, which already account for 40% of the world market, are in an enviable position to benefit from the strong growth expected in the rest of the Asian market thanks to the signing of regional trade agreements. As if this were not enough, the production of the heart of electric cars, batteries, which represent more than 40% of the total cost of an EV, is also concentrated in Asia, among South Korea, Japan and China. Again, China leads in battery components after a long struggle with Japan for component-supply dominance. Thus China’s market share for battery components increased from 43% in 2014 to 60% in 2020 thanks to the tight control of the supply of raw materials such as lithium, cobalt and nickel, for which prices have grown exorbitantly in recent years.

As EV manufacturers ramp up supply to meet growing demand, geopolitical risks are clearly emerging. The growing concern of many governments about supply-chain security is only set to increase in the EV sector, given China’s dominance in battery components. Being such a useful tool for governments to showcase their efforts to combat climate change, components for EV batteries could easily become another key geopolitical standoff and, possibly, a new bottleneck in the global supply chain, as semiconductors now are.

The difference is that mainland China is trying to reduce its lag in the semiconductor industry compared with the US or even Taiwan in recent years, while it is clearly ahead in battery components.

In short, in the race to dominate the electric-vehicle sector, China is clearly ahead in demand - currently from its own consumers and soon from the rest of Asia - but also in supply, since China not only accounts for a good part of the world’s automobile production, but more important, it controls battery components.

Faced with this reality, countries that have benefited from Europe’s leadership position in the automotive sector need to get their act together by starting production and ensuring the supply of their components. As for Asia ex-China, it is time to think of stepping up production of EVs and batteries to avoid excessive reliance on Chinese exports.

Alicia Garcia Herrero is the Asia-Pacific Chief Economist at Natixis and Senior Research Fellow at Bruegel. 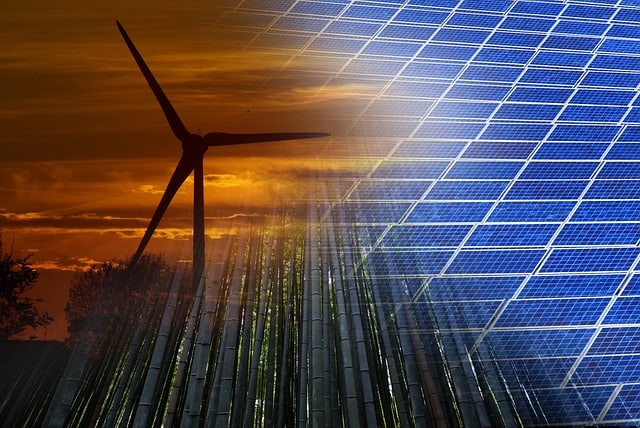 What Role Do Renewables Have a Role in Guyana’s Energy Landscape?