Must-read ideas on ‘digital globalization’ and on real estate, from the executive director of the World Trade Centers Association

If you think that the world will emerge from the pandemic less globalized, think again.

We all know that the crisis changed beliefs and behaviors in deep and permanent ways. Digitization accelerated at an unprecedented pace. By now, it is commonplace to say that in one year, we achieved what would otherwise have taken five or six. These extraordinary advances are surely here to stay.

On the topic of globalization, however, closed borders and physical isolation might give the impression that world ties sharply weakened in 2020.

“Globalization did not go away,” explained the executive director of the World Trade Centers Association (WTCA), Robin van Puyenbroeck. More importantly, it is very much alive under a new form: “digital globalization”.

Technology, now front and center of almost everything we do, is the real change-maker in the way global businesses, governments, and households engage, said van Puyenbroeck. In the digitally globalized economy, players connect in more efficient ways, and have richer interactions, he added.

Even amid the pandemic, digital tools enabled all players to increase their contacts. “At the World Trade Centers Association, we have done more trade missions than ever before,” he said referring to the past twelve months.

To prove the existence of digital globalization, van Puyenbroeck pointed to yet another piece of hard evidence. The crisis temporarily reduced the efficiency of supply chains, but even then, while we were all stranded at home, online services kept demand alive, and “products were made and were moved”.

The WTCA itself seriously embraced AI technology to facilitate business matchmaking on a global scale. During its General Assembly, on April 26-30, the Association will launch an algorithm-driven B2B platform. It takes thousands of profiles of firms and governments who are looking to buy, sell or choose a business partner, to find optimal matches anywhere on the planet.

Those attending the Assembly will be the first ones to experience the platform. Its AI structure uses information provided by the participants to select and recommend business matches. The algorithm also learns from attendee interactions, further improving match relevance in real-time.

The WTCA’s General Assembly will also have an active discussion agenda to evaluate key topics for global players. Purpose-driven leadership, the future of trade, inclusive global trade, access to finance, and social well-being will be some of the issues considered.

Most of the 320 World Trade Centers in nearly 100 countries are active prime office space developers. From the umbrella organization WTCA, van Puyenbroeck has a privileged vantage point to anticipate market developments over the next five years.

“There will be less people going to offices. That’s a given,” he said. At the same time, more office space will be needed to keep social distancing. Spacious offices will house less people.

The executive mentions a major, and perhaps less evident, shift in the industry. The option of working from home, from a ski resort, or from a seaside cottage, deeply changed the meaning of office work. To be useful, prime office space has to offer much more than before. Developers must “redefine the purpose of the place. It has to be more than a building”.

Offices have always been designed around three concepts: flexibility, productivity, and creativity, he noted. But now, meaning must also be an element incorporated in design. “What is the purpose of the place, what does it represent,” he spells out.

World Trade Center tenants, for instance, “are part of a global community, irrespective of their being in the building or not”. They value services like virtual trade missions, training, trade facilitation, and being able to network and contact potential clients or partners around the globe, he added. “In the future, buildings with purpose will have a multiplier effect”.

“Two years ago, nobody could have imagined that critical investment or crucial policy decisions could be taken without physically meeting.” With that paradigm broken, now the future holds hybrid formulas where Zoom and other online platforms will mix with phones, travel, and in-person meetings to foster efficient organizations, he stated.

There is no going back in the use of technology and of the efficiencies that come with it, but face-to-face collaboration and interaction are part of human nature and they will return, and most likely, take place in an office. “Habits and nature are hard to change,” he concluded. 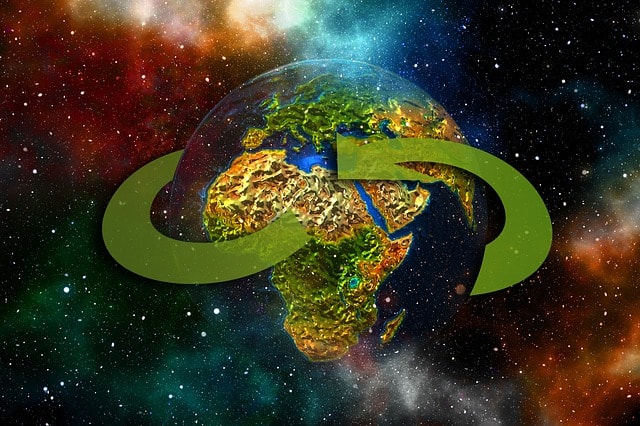