Of all the analyses of the regional economic devastation wrought by COVID-19, perhaps none is as sobering as the July 15, 2020, report by the UN Economic Commission for Latin America and the Caribbean (ECLAC).  Revising its earlier estimates, ECLAC projected that the region’s GDP would shrink by a staggering 9.1 percent in 2020, swelling the ranks of the unemployed by 18 million over 2019 levels.  ECLAC predicted that an additional 45.4 million Latin Americans would fall into poverty, bringing the total population in poverty to 230.9 million (37.3 percent of the population).  The UN body admitted that the predictions don’t apply equally across countries, and that governments are implementing a variety of policies to support the incomes of the most vulnerable. Nonetheless, it predicted that inequality will worsen in what is already the world’s most unequal region.

While the economic prospects can be quantifiable, it is less clear what the impact of such massive and deep economic pain will be on politics and democracy.  Given the heterogeneity of countries of the region, on such issues as institutional strength, social cohesion, safety nets, and transparency, there is no single answer.  There are consistently high performers—Uruguay and Costa Rica—and others with chronically miserable rankings—Venezuela and Nicaragua. But there is every reason for deep concern that the erosion of livelihoods will batter the region’s still-fragile democracies in negative and potentially irreversible ways.  Indeed, there is ample evidence to demonstrate that that process had already begun before the ravages of COVID-19.

Consider the pre-pandemic baseline.  In late 2018, the Chile-based polling firm Latinobarómetro reported that support for democracy had fallen to 48 percent—less than half—of the region’s population, down 5 percentage points from the previous year and a decrease of 13 percent since 2010.  Almost 30 percent of those polled were indifferent as to the kind of government they preferred, with young people between the ages of 16 and 26 even more apathetic.  Equally striking, only 24 percent of the public reported feeling satisfied with democracy, the lowest number since Latinobarómetro began polling in 1995.  Vanderbilt University’s Latin American Public Opinion Project (LAPOP) reported slightly better but still alarming figures.  LAPOP’s 2019 survey found that support for democracy was at an all-time low, falling 12 percentage points from 69 percent in 2008 to 58 percent a decade later.  Satisfaction with the way democracy actually works stood at less than 40 percent region-wide.  LAPOP’s analysis has shown that economic concerns, high crime, and corruption are correlated with the decline in support for democracy and an increase in support for military coups.

The fall in support for democracy in the second decade of the 2000s corresponded with mediocre growth rates in most of the region between 2014 and 2020, the lowest in seven decades. This means that economic backsliding matters for politics.  Economic decline also thwarts the ability of democratic governments to deliver what citizens, especially an emergent middle class, demand: an effective government, able to deliver services such as affordable and decent-quality education and health care. Deficient performance is worsened by the lack of transparency in government.  The grotesque corruption scandals of the last several years—bribery by the Brazilian construction giant Odebrecht alone touched 10 Latin American and Caribbean countries—ignited a wave of indignation that has yet to subside.  Millions of people poured into the streets of Chile, Colombia, Ecuador, and Peru, to name a few, in late 2019, to demand more inclusive societies in political, economic, and social terms, as well as more transparency in government.

The pandemic and subsequent lockdowns have cooled these protests, but COVID-19 has laid bare and exacerbated structural inequalities and institutional weaknesses, suggesting the protests will reemerge eventually, with even greater force.  Here are some warning signs about the coronavirus’ threat to democratic governance in the near and mid-term.

1) Emboldening the Authoritarians:  Governments that were already authoritarian when the pandemic emerged have used the quarantines to repress and persecute political opponents and critics in an effort to consolidate control.  Venezuela’s pro-regime Supreme Court has stacked the electoral tribunal and replaced the leadership of opposition political parties in advance of December’s legislative elections.  The regime has jailed doctors and journalists who attempt to report on the true extent of the country’s health crisis.  The pandemic has also exacerbated the authoritarian tendencies of leaders like El Salvadoran President Nayib Bukele, who has defied Supreme Court rulings that limit executive authority, detained thousands in so-called “containment centers,” launched investigations of independent media, and brought military troops into the legislature to strong-arm lawmakers into approving his security budget request.  The attack on science-based responses to COVID-19 has been acute in Nicaragua, where President Daniel Ortega has refused to discourage large gatherings and has systematically suppressed mortality statistics.  But perhaps nowhere is the denigration of science more acute than in populist leader Jair Bolsonaro’s Brazil, currently the epicenter of the region’s coronavirus infections.

2) A Widening Chasm:  The pandemic has pushed into bold relief the gap between formal and informal workers, who constitute over half of the region’s labor force (and as much as 70 percent in Peru and 80 percent in Bolivia).  Many formal workers have also lost jobs and lack unemployment insurance. Governments at all levels have put in place a patchwork of emergency measures to alleviate COVID’s worst economic effects. But the contrast between those who can afford to remain in lockdown and those who must work outside the home to survive, those who can telework versus those who can’t, has never been greater—or more visible.  The digital divide means that students without internet or a computer at home will fall even further behind educationally; and access to public versus private health care has become not just a matter of quality, but one of life or death.  Injections of liquidity from central banks and international financial institutions may be insufficient to prevent a rash of bankruptcies of small and medium-sized firms. The politicization of inequality in the 2019 protests—the UNDP has reported that the perception of unfairness in the distribution of wealth has increased since 2012—constitutes a potential time bomb, especially if a slow recovery appears to privilege those at the top of the pyramid rather than the bottom or the middle.

3) It’s the Corruption, Stupid:  Crises can bring out the best in people.  They can also bring out the worst.  The amount of money pumped into public health sectors alone to respond to COVID-19 has led to an explosion of malfeasance by federal, state, and municipal officials across the region.  The examples are shocking at a time of such widespread hardship: inflated prices for ventilators, masks, and even body bags; the provision of faulty protective gear to law enforcement; the channeling of lucrative government contracts to campaign supporters and family members; fraud and embezzlement in food aid programs for the needy.  The fact that investigations are underway in nearly a dozen countries is salutary, but failing to bring criminals to justice will breed cynicism and mistrust, if not fury.

4) Cops and Robbers:  The OECD estimates in 2020 that one in five young people in Latin America and the Caribbean is unemployed, three times the rate of adult unemployment. Unemployed youth in poor neighborhoods have long been easy targets for recruitment into gangs and other criminal groups, and the spike in pandemic-induced joblessness will undoubtedly accelerate this phenomenon.  In addition, from Mexico to Brazil to El Salvador, reports indicate that gangs and criminal groups have taken over the humanitarian response to COVID in some poor areas, to expand their control over populations and territory.  And people’s sheer desperation may lead to a rise in crime in order to satisfy basic needs.  In the words of Colombia’s coronavirus “czar” Luis Guillermo Plata, “If people go hungry, they will go into stores, they will go into supermarkets, and take what they can… And not because they’re criminals, but just because they’re hungry.”  Gender-based violence and the murder of women and girls has soared during periods of lockdown, with complaints doubling in some countries, according to the World Bank.  Public demands to restore law and order will tempt officials to respond with heavy-handed tactics that in the past have led to human rights abusees, swollen and out-of-control prisons, and security forces that defy civilian control, further eroding the rule of law.

In a number of countries, policies implemented by political leaders have served to boost presidential popularity ratings, but in other countries the pandemic has crushed the legitimacy of political leaders.  Patience with the official response will wear thin as the recession continues to bite and people’s situation fails to improve or deteriorates further. The pandemic has laid bare the fragility and inadequacy of social safety nets and institutional capacity across a range of government functions.  While some people may be too focused on day-to-day survival to pay much attention to politics, others have already begun to take to the streets in an outpouring of frustration and anger.  It should give pause that El Salvador’s Bukele has, at the time of this writing, the highest approval ratings of any president in Latin America.  This alone serves as a sobering indication that in the face of crisis, preservation of democracy may be low on the list of public priorities.  As the region heads into the next super-cycle of presidential and legislative elections, chances are high that the public will opt for leaders pledging to address the broad economic pain, regardless of those leaders’ democratic credentials, or even how realistic their promises might be.

New Dynamics for Strategies
Next article 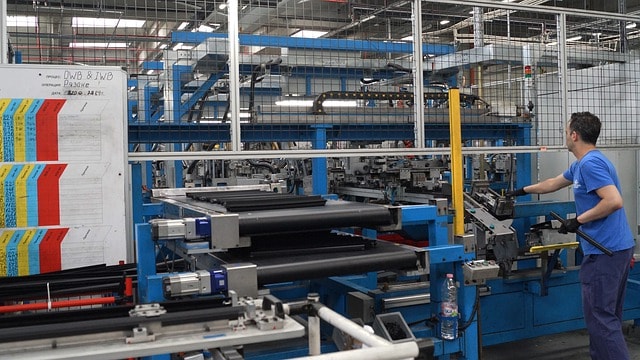 Nearsourcing: A Boon for the Americas