All nations want globally competitive economies. That is why most try to structure their regulatory systems in ways that protect key societal interests, such as public health, privacy, and the environment, but in ways that don’t burden their companies with too much red tape.

Europe is an exception to this rule. That is partly because powerful civil society groups exert disproportionate influence on policymakers. But more generally it is because in an economic era defined by technological innovation, Europeans embrace the “precautionary principle”—the idea that if an innovation may cause harm, then those proposing responsible for it should bear the burden of proving it will not. The resulting regulatory system makes European industry markedly less globally competitive.

Europe would be better off if its policymakers challenged civil society and embraced the “innovation principle”—the idea that because new technologies usually benefit society and pose modest risks, the government should pave the way for innovation while ensuring baseline protections are in place, where necessary, to limit harms. But Europe has instead tried to get other nations, including in Latin America, to adopt its regulatory regime in order to reduce its own competitive disadvantage.

To be sure, the European Union mostly uses the velvet glove of persuasion, but it is not above using the iron fist of coercion by threatening trade restrictions as punishment. In other words, the EU wants rules-based globalization so that it can have its cake and eat it too: restrictive, precautionary principle-based regulations and competitive industries. Latin American nations should resist this European regulatory “imperialism” and design regulatory systems that work for their own societies and economies.

Big, powerful nations like the United States and China can often resist such pressure, although even the United States is having a hard time avoiding civil society pressure for EU-style privacy regulation. But most Latin American states are often faced with a stark choice: adopt EU-style regulations or face the risk of being shut out of the EU market. This is particularly problematic for Latin American nations that have fewer resources to invest in costly regulatory systems that are designed for advanced economies and have less economic leverage to push back against Europe. As one author notes, “the differences in power, wealth, capacity, interests and priorities between rules-exporting and -importing states globally are much starker than those dividing different EU member states….the scattered and embryonic nature of the law and institutions of global risk governance gives far less protection to the relative losers of rules globalization.”

One sees this European “regulatory imperialism” in many regulatory areas. Let me focus on three. The first is regulation of “genetically modified organisms” (GMOs), which European activists derisively call “Frankenfoods.” The EU has prohibited GMO crops from being grown in EU nations and it has imposed onerous labeling requirements that disincentivized the use of GMOs in foods. So, in order to reduce the chances of the World Trade Organization ruling against them for limiting free trade, the EU led a drive to internationalize its approach to GMO regulation through the creation of the Cartagena Protocol on Biosafety in 2000.

Under the Cartagena Protocol to the United Nations Convention on Biodiversity, the United Nations Environment Programme has spent millions of dollars, with most funding provided by the EU, encouraging and assisting developing countries to adopt restrictive “biosafety” legislation that limits the use of safe and more productive GM seeds. The United States also regulates food safety, but it regulates the actual food, not the way in which the food is produced. This is because the global consensus among scientists is that foods produced with genetic engineering are perfectly safe. But because of Europe’s GMO limitations, many nations’ farmers—especially in Africa, for which the largest agricultural export market is Europe—suffer significant economic harms from limiting GMO production and thus reducing agricultural yields. In contrast, partly because a greater share of Latin American food exports go to the United States, few LatAm nations have adopted GMO restrictions. The result is a much larger share of crops produced with GMOs, resulting in higher crop yields and greater agricultural efficiency.

The second area to consider is privacy. Europe’s General Data Protection Regulation (GDPR) saddles its companies with strict privacy rules, making them less competitive. And to compensate, the EU, in words of former European Commissioner for Justice Věra Jourová, wants “to set the global [privacy] standard.” One way is to get other countries to adopt Convention 108, a Council of Europe treaty on privacy. The EU sees this as a stepping stone for countries to commit to before getting closer to their own onerous GDPR-style regulations. Non–Council of Europe states Argentina, Cabo Verde, Mauritius, Mexico, Morocco, Senegal, Tunisia, and Uruguay have already acceded to the treaty.

The EU’s more direct means of conversion and coercion involves “adequacy” determinations. It negotiates with other countries about changes they will need to make to their privacy regimes so they can be deemed compliant with the terms of Europe’s GDPR and thus worthy of managing EU personal data. A small and disparate collection of 12 countries, including Argentina, have achieved such adequacy determinations. But most Latin American nations have not. Without this, the EU forces firms to use other legal tools that makes transfers of EU personal data much harder and costlier.

But nations do not need a GDPR-like framework to protect privacy. Privacy harms are no worse in the United States (which does not have “adequacy”) than in Europe, in part because the United States has regulated privacy in ways that enable companies to innovate but also protect individuals from privacy harms.

The third example is in chemicals regulation. With its 2007 REACH regulation of chemicals, the EU adopted a very strict chemicals management regime focused principally on the theoretical potential for harm, with little or no consideration of conditions in real-world applications or use. The REACH regulations are one part of a general chemophobic approach the EU takes towards some aspects of chemistry, which sees “synthetic” as bad and “natural” as good, even when the data say otherwise. This approach has led to European regulators to ban or severely restrict a number of chemicals, including many that are critical to agricultural and industrial processes and products.

For example, the EU has banned the use of modern seed treatments to prevent insect damage that are far safer for the environment than the pesticides they displaced. The result has been that canola production has become economically unsustainable in the EU.

Regulators there also are working to impose restrictions on the use of three key inputs into silicone—known as D4, D5, and D6—thereby inhibiting use of a key chemical for everything from batteries to wind turbines. While Australia, Canada, and the United States also have strict chemical regulatory regimes to protect human health and the environment, they take a more risk-based approach that also considers both the hazard and the exposure to assess actual, as opposed to potential harm. For example, Canada focuses not just on “the risk posed by a substance, which considers both the hazardous properties of the substance … [but on] the nature and extent of the exposure of Canadians or the environment to the substance.” This often leads Canadian regulators to find that certain chemicals that might pose a risk in the laboratory are not causing harms in the environment. The aforementioned three compounds in silicone are a case in point. Canada, like Australia, concluded they do not pose a risk to human health that warrants product restrictions.

Europe is working to convince many nations, including Brazil, that if they want to protect the environment they should adopt the EU approach. Many Latin American nations have yet to decide.

Europe uses several strategies to export its regulatory systems to economic competitors. One is by relying on the so-called “California effect.” This refers to the dynamic in the United States where California, the largest U.S. state (economically), often becomes the de facto regulatory standard setter because national companies find it easier to comply with just one regulatory framework—in this case California’s. The EU relies on this dynamic on a global scale. It has been called “the Brussels effect”: because it is the largest trading block in the world, when it sets stringent regulatory requirements global companies often capitulate and design their products or processes to meet EU standards.

The EU also works actively with other nations on regulatory schemes. For example, the EU made the case in Colombia for a GDPR-style privacy bill. Exporting its regulatory standards clearly allows Europe to make up for the competitive deficiencies it has imposed on itself, but it couches its agenda in terms of human values, arguing that if countries truly care about their people, they should adopt the EU approach. A variant of this argument is that the EU is the civilized alternative to lawless American “cowboy capitalism.” Who wants to emulate the Yankees? But the real question should be: does the more burdensome regulatory regime really provide significantly better protection at costs that are worth it, especially for lower-income nations? The answer, with regard to GMOs, privacy, and chemicals, is clearly no.

European leaders also try to argue other nations should emulate their regulatory system because it will make their economies more competitive. For example, when it comes to the GDPR, the EU sells a narrative that strong privacy rules are a source of competitive advantage. The reality is that by limiting the use of data, including for artificial intelligence, the GDPR will actually hurt EU competitiveness, especially through high compliance costs and unnecessary restrictions on how firms can use data to drive innovation. This is especially the case for small and medium-sized firms.

To be sure, Europe has a right to regulate as it sees fit, as long as the standards apply equally to EU and non-EU firms doing business there. But it does not have a right to impose its standards on the rest of the world and then penalize nations that don’t meet its standards. It’s time for Latin American nations to reject regulatory imperialism and adopt regulatory frameworks based on the innovation principle, not the precautionary principle.

Robert D. Atkinson is president and founder of the Information Technology and Innovation Foundation, the world’s top-ranked think tank for science and technology policy. 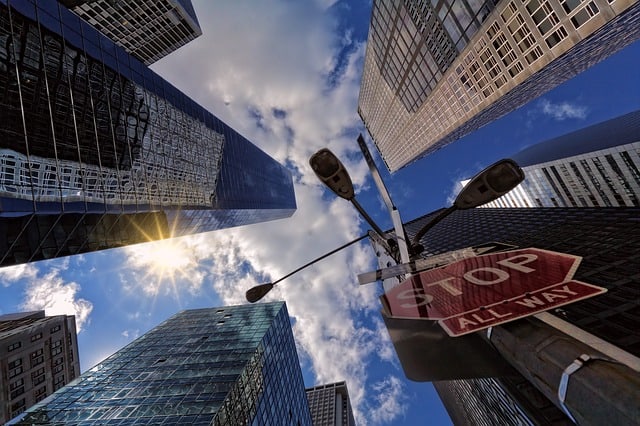 Stop! Reset your mindset before you continue: By Ingo Ploger, Entrepreneur, President of CEAL Brazil
Next article 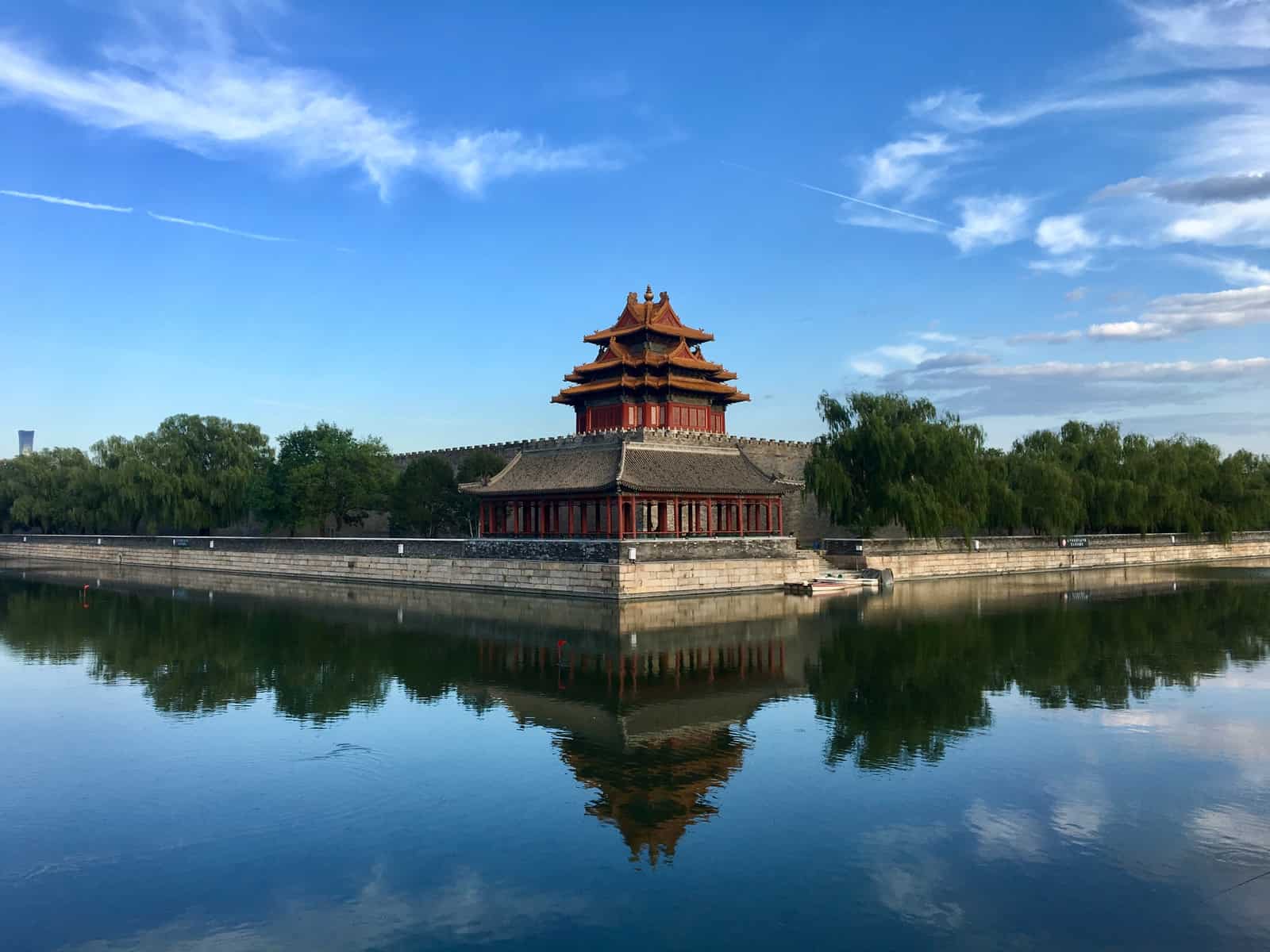