One hundred days into his presidency, Laurentino “Nito” Cortizo sat down with Latin Trade/Latin Trade.com editorial board chairman Richard Burns to explain why he’s optimistic about fulfilling his election promises.

Panamanian President Nito Cortizo talks proudly of how his nomination came from grass-roots support and votes of his Partido Revolucionario Democrático, eschewing the PRD’s top brass executives. He went on to win the May general election, polling 33.3 percent of votes cast in the nation of 4 million inhabitants, pipping by just two points the candidate of former president Ricardo Martinelli’s Cambio Democrático party, Rómulo Roux.

Cortizo is no stranger to politics. A former president of the Legislative Assembly, he served in the cabinet of Martín Torrijos in the late 90s as Minister of Agriculture. But politics has become stranger in Panama since those times. There are those who say the Martinelli regime’s rampant inconsistency and widespread corruption changed the nature of elected office, something that his successor (and Cortizo’s predecessor) Juan Carlos Varela had neither the drive nor the political juice to correct. Varela lacked the necessary votes and persuasive muscle in the National Assembly to bring about any meaningful legislative changes.

In an election campaign where it was hard to distinguish broadly any of the candidates on substantive policy issues, Cortizo ran on a platform of “Four Pillars and a Star” – the pillars of good governance, rule of law, a competitive economy producing jobs, and the fight against poverty and inequality; with Education as the star. He was outspoken particularly on the first two and the fight against corruption.

On the surface, having won the plurality and with a Legislative Assembly elected with a majority of PRD and allied political parties, as well as having prior legislative management experience, Cortizo would appear to be in the perfect position to affect a successful legislative agenda to support his electoral platform. However, as Latin Trade’s inside sources have told us, his successful nomination from the grass roots alienated the party’s grandees, who pull most of the strings in the Assembly. And post-Martinelli politics now nearly always comes with an outstretched hand, they add. Both factors will make it hard going for the new four-year term president, with the backdrop of slowing global trade and the clouds of a deep and stormy recession gathering overhead.

Latin Trade met with President Cortizo on the sidelines of an international investment conference where he and key ministers of Foreign Affairs Alejandro Ferrer, Minister of Commerce and Industry Ramon Martínez, Minister of Investment José Alejandro Rojas and Director of Pro Panama Carmen Gisela Vergara are pitching Panama to large multinational corporations. The team is striking for its youth, a true “next-generation” line up of talent. At its center is an almost made-for-screen President, a magnetic and telegenic presence, talking of “teamwork” and “alignment” and “trust.” The Cortizo regime is characterized as a group of “do-ers” with one caveat: “we don’t steal!” The multinationals have likely heard it all before. The President talks of “not any kind of investment, but good investments” where jobs are created and know-how transferred as, in a perfect virtuous circle, Panama creates an increasingly skilled labor force earning value-added wages.

Latin Trade referred back to its Martinelli profile of ten years prior, as well as the interview published June 30, 2014, just days prior to Juan Carlos Varela’s inauguration. The language is eerily similar, almost interchangeable. Varela talked five years ago about honest government, the battle against corruption and for justice and the rule of law, accountability, and a division of spoils to rich and poor in a rising economy with growing jobs.

Latin Trade believes, in the end, the results will be determined by character and persistence, not policy. In addition to the challenges on the legislative and macroeconomic fronts, the Cortizo government has not been left any fiscal presents by the outgoing Varela regime. Public finances are messy, with overspending/misspending coupled with major obligations on subsidies and concessions outstanding. Cortizo’s response, as follows in the interview, is that the Panamanian budget of approximately $23 billion should be more than enough for a population of 4 million and that pruning of unnecessary expenditures in government will, at a minimum, allow his government a $6 billion plus start into 2020. But, in the end, when Cortizo looks you in the eye and tells you that tales of transparency and honesty are the prime legacies he wants told after his presidency is over and done with, you just hope he has that depth of character and drive to deliver words that his predecessors abjectly failed to deliver.

LT: I was here five years ago on the eve of President Varela’s inauguration. A lot of the things that I had asked him that day we had asked Martinelli five years before. And there were very similar types of answers in both interviews. You really believe it can be different this time, Mr. President?

President Cortizo: I have no problem in stating that it is going to be different. I mean different in doing things efficiently, without stealing.

President Cortizo: Right now there is that discussion at the National Assembly, the discussion of the new Constitution. Right now, (at) this moment.

LT: Will you have the support to get that done?

President Cortizo: I hope I do.

LT: It’s interesting what you said today (at an investment meeting held in Panama City), because you came to the top of the party in a different way.

President Cortizo: From the bottom. That’s a huge challenge because of the way I got in, as being just a member of my political party, it was different. Everyone in my political party came through being a candidate by being in the Board. Nito Cortizo is … he’s a member. That’s the challenge. I am within the party, and within the diputados, senators.

LT: You have a majority.

LT: It doesn’t mean they’re going vote for you.

LT: They will expect favors.

President Cortizo: So do I [laughing]. My favors are to do things right, for the people, for the country. This is easily said, but it is hard to find out how to convince them (of) the importance of the moment we have right now. The beautiful moment that we have right now to do things right. And, as of now, we have been having success. The success has been in laws, for example, the public-private partnership law.

President Cortizo: The last two governments tried to pass it and they couldn’t, and our team passed the law and it has been sanctioned in 100 days. As a matter of fact, the World Bank recognized publicly that our public-private partnership is one of the best laws around.

LT: Do you think that vote was rational? That the Panamanian legislators realize in order to get the money for investment, you must have public-private partnership?

President Cortizo: That’s a good question. Maybe for some group of legislators, yes. I don’t know if 100%, because the vote was unanimous. I do not know if they knew the magnitude and the beauty of that law.

LT: When you have dreams, dreams need to be funded. And you’ve inherited challenging finances from your predecessor, including a variety of commitments that you didn’t sign up to, but remain the government’s obligation. From a budget perspective you can cut, or you can tax or raise revenues in other ways. In order to reach your hopes and dreams, how will you approach financially?

President Cortizo: When we got into government we found out that we had about $1.7 billion in accounts payables. For Panama that’s a lot.

LT: That equals one year of Panama Canal revenues, does it not?

President Cortizo: Exactly. For a new government, that was tough. However, we are cutting expenses that are not really needed. For example, international trips, consultations. We have been cutting a lot of that.

LT: No first class travel by ministers to Tokyo any longer?

President Cortizo: No, not anymore. We are cutting and being more efficient and just doing things right. There’s a lot of over cost, deviation, the detouring of money to be used for the people that is instead heading into private banking accounts. So we are being more austero.

LT: But you have a lot of expectations. It’s very hard to cut subsidies.

President of Panama: We’re not going to cut subsidies. We’re going to focus more sharply on where are the places that we really need.

LT: You think it’s going to be enough? Can you raise taxes?

President Cortizo: It’s very sensitive. We are four million people. That’s our population. Twenty three billion dollars in the budget. That’s enough. We have to be efficient and transparent.

LT: What else will you need?

President Cortizo: Trust, we have to have, and I mention it to the investor. We have a very good team: talented, professionals, most of them are young, in combination with experience. What we need to do is keep working on trust. The Chamber of Commerce has kept a (chart) for the past eight years that measures trust, and in the last three months trust is rising from business leaders.

LT: Should the corruption of the past be prosecuted? Or is it better just to move forward and not look back?

President Cortizo: No, no. That’s (for) the justice system. They have to do their job. I mean, this is not something to forget. Let them do their job and find the people that stole money that could have been used for medicine, for school, for health. They should pay.

We have a job to do as an executive branch. What we are not going to do is to get on the phone, call a judge or an attorney general, and tell him what to do. In public, I say “we, the executive, we are doing our job and you, judicial system, do your job.” That’s what we ask. In the meantime, we have to execute, we have to be efficient, we have to be transparent.

LT: What will be the pinnacle of your legacy in five years?

President Cortizo: A government that executed but didn’t steal.

LT: Transparency and absence of corruption is number one?

President Cortizo: And efficiency. I could talk about education, which is the start of our action plan, health, public infrastructure, but everything depends on execution and a transparent government. 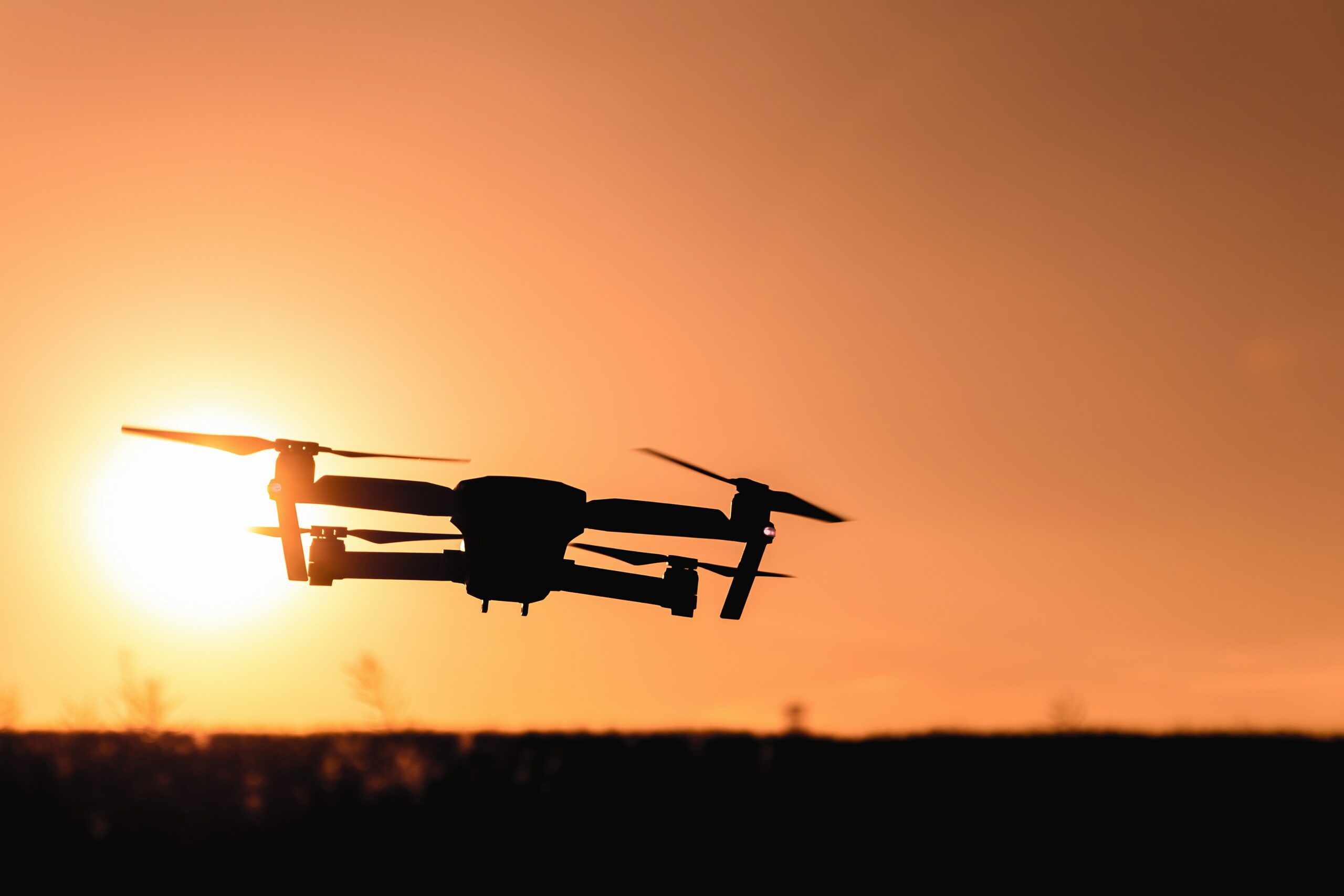 The first drone airline takes off
Next article