William D. Magwood, IV, is Director-General of the OECD’s Nuclear Energy Agency. A physicist by profession, he has ample experience in the private sector, in the U.S. Nuclear Regulatory Commission and the OECD Nuclear Agency. In this interview during the ATOMExpo in Sochi, Russia, he evaluates the consequences of Fukushima, and forecasts a new trend of using smaller reactors in the U.S. and Europe, as well as highlighting the importance of the human factor to strengthen the nuclear industry’s safety culture.

What are your expectations on the growth of the nuclear industry for the next 20 years? After Chernobyl, Fukushima… What is the future?

I think in some countries accidents like Fukushima have had an impact, but not in most countries, quite frankly. I think the impact has been relatively limited. The Fukushima event certainly had an impact on how regulators approach nuclear, on politicians too, but I don’t think that’s really going to make a difference between nuclear’s success and nuclear’s failure. I think the real issue is cost. How much does it cost to build these things? Can you build them reliably? Can you build according to cost and schedule?

You anticipated a new trend in the industry, smaller reactors. Units of about 50-100 megawatts instead of 1000 or larger, like in the past. Why do you think this is what comes next?

The reason this might work is that as the reactors get smaller, you’re getting closer to the factory manufacturing of the plants. Then, maybe the nuclear industry will be less like building a bridge and more like building an aircraft. In a factory setting, people do the same thing over and over again so they’re very good at it, they get very proficient at it. That’s the way it works in the airline industry… Maybe that’s where nuclear needs to go, towards that kind of manufacturing approach.

Everywhere or just in the U.S. or Europe?

Countries where I think the small reactor strategy might make the most sense are the countries that have fully developed grids without big growth in electricity demand. In China and India demand is growing every year by double digits, so you want to build big plants. In the U.S. or Western Europe, where demand is either flat or maybe going down a bit, then you’re talking about replacing existing capacity, but not addressing growing demand. In those markets, the small reactors strategy might work.

What about countries that need to add gigawatts to the grid?

If these new small reactors are successful, I think [China and India] will look at those as well. Because they will be easier to deploy, they will be cheaper in the long run and they will have higher levels of safety. I think that could work for everybody. But the technologies haven’t been proven yet.

Another worldwide trend we heard about here in Sochi, is the life extension of central power plants.

In the U.S., they are talking about `life after 60´, – or an 80-year operation life for the reactors. In some countries that is unacceptable because of two things. One is, they really don’t believe that you can simply keep replacing parts. I don’t think there’s technical evidence for that, they just have a philosophy, after a certain point, a plant is just too old. This philosophy is very strong in Western Europe, where they have continuous improvement in safety. There is a philosophical difference between the North American view and the European view.

The nuclear industry has been objected and furiously attacked by green groups in the past. What is the situation nowadays in Europe and the U.S.?

Fukushima was another tough blow to the industry. What are the lessons inside the industry?

Resilience to external disasters is a bigger factor than we considered in the past. Before Fukushima, regulators basically divided things in two categories. We called it `design basis´ and `beyond-design basis´. Design basis events were usually things that happened inside the plant: pipe breaking, things like that. Beyond-design basis, things you really could not do anything about asteroid collisions, giant earthquakes – things that you just cannot predict. And basically, the regulator said: ‘Industry, you worry about design basis. Beyond design basis you do not worry.’ It was very crisp. How do you prepare for unexpected events? How do you prepare for a meteor hitting your nuclear power plant? You can’t do anything about that. So, there is no point in the regulator saying, ‘you need to worry about meteors hitting your plant.’ But a result of Fukushima was that regulators created a grey band between design basis and beyond design basis. So, operators are now training and equipping their plants to deal with essentially beyond-design basis events.

And you mentioned the “mantra”, the industry had…

I remember, it was almost like a religion in the U.S., the three words you always heard when talking about nuclear safety: `Protect the core. ´ That was the job of the operators. And no one said, ‘what happens if that goes wrong?’ They said, ‘No, no. Don’t worry about that – protect the core, focus your attention on that’. But now, it’s ‘Protect the core, but if things go wrong, do this, this and this.” So, that’s now created this whole area, and that gets into this issue of resilience and recovering from accidents, and now operators around the world are putting into place equipment to do things like pumping water into the core, or refilling spent fuel pools, bringing mobile electric supply equipment out of a protected warehouse to plug into the plant to make sure you have some power, so just in case everything goes wrong (as happened in Fukushima), you still have some ability to recover, and that is a big lesson.

At the Chernobyl accident there was a human factor. What about in Fukushima?

The second big lesson was one we already knew, that the human element is a really a big factor. You must have people who are adequately trained, operating in a strong safety culture, who know to do the right thing when the time comes. Unfortunately, in the case of the Fukushima Daiichi accident, we saw training deficiencies, safety culture problems, both in the regulator and at the operator, that basically led to the situation and then exacerbated it after things went wrong.

I heard you in a conference talking not only about the human factor but about “idiosyncrasies”. How do people react according to the different idiosyncrasies?

If you look at the Fukushima-Daiichi accident, if you had two cameras, one focused on the U.S. and one on Germany, you would have thought that two completely different events had taken place. The people in the U.S. says “Oh my god, there is an accident, this is horrible for the Japanese, what should we do? how can we help? And then everyone sees the President come on TV, the nuclear regulatory authority was on TV, everything is fine in the U.S.

And in Germany they decided to shut down their nuclear plants. I suppose there are cultural aspects to that. 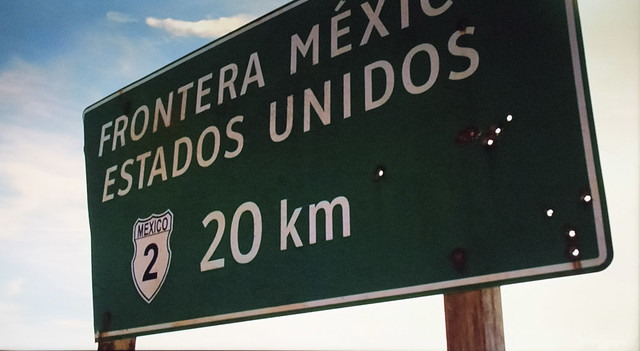 What’s next for Central American migration?
Next article