Mine your business: Lithium in Latin America

You’ve seen it on TV—a smoking suitcase in an airport check-in line. A spontaneous fire in a handbag in a supermarket shopping cart. Is the culprit: ISIS? Al-Qaeda? No, lithium. The spontaneous combustion of lithium has garnered a good deal of attention in recently.

Given the fact that lithium plays such a prominent role in the energy field–powering mobile phones, electric cars and energy grids–we can expect greater attention to be paid to this metal in the realms of mining, business development, and regulatory policy, especially in Latin America. Why Latin America? Because the region holds 54 percent of the world’s lithium resources in what is known as the “lithium triangle”–Argentina, Bolivia and Chile. (Some estimates put these countries’ lithium reserves at 80 percent of the world’s supply.)

Each of these ABC nations has unique features that abet and impede the exploration and commercialization of lithium.

In the case of Chile, it is considered by many to be the “Saudi Arabia of Lithium”. Its Atacama salt flat possesses the biggest and highest quality proven reserves, and its lithium deposits are close to ports. Chilean chemical company SQM, the world’s biggest producer of lithium, and North Carolina-based Albemarle are the principal companies involved in mining lithium. No doubt other foreign companies are considering entering the Chilean market. The nation’s World Bank Doing Business ranking is the highest in Latin America–55 out of 190 countries, with a rating of 57 for protection of the rights of minority investors. The latter is especially important, given the fact that the role of the state in the natural resource sector, as majority investor and/or dominant regulator, is so prominent. For example, CORFO, the government’s economic development agency, requires that private lithium investment be sustainable.

Regarding Argentina, the country is the world’s third largest lithium producer. It has a reserve of over 400,000 tons and exports 36 percent of its lithium to the U.S. Provinces rather than the federal government own the country’s minerals; and provincial rules and regulations are known for their complexity, contradictory and inconsistent features. However, President Macri’s pro-market agenda with its business-friendly policies, provincial governments are beginning to follow suit. In 2016 the lithium sector attracted $1.5 billion in investment and experienced a 60 percent increase in production. And while Argentina may still rank low (117) in the Ease of Doing Business category of the World Bank, it does well, beating Chile, in minority investor protection with a score of 47. Chemical conglomerate FMC Corporation is well-positioned to benefit from Argentina’s lithium mining sector and is already producing from the Salar de Hombre Muerto salt flat, exporting over $250 million last year.

As for Bolivia, the country possesses more identified lithium resources than any other country. The nation’s salt flats contain 9 million tons of lithium, far exceeding those of the U.S., China and Australia, according to the U.S. Geological Survey. However, due to the high level of magnesium in Bolivian lithium deposits they are more difficult to refine. Other impediments are a leftist government that has been hostile to private enterprise since President Evo Morales was elected 11 years ago. The Bolivian government insists that the country will not be mere exporter of lithium but become a hub where battery plants and car factories are integral parts of the value chain. The nation’s poor Doing Business rating (146) along with an equally low score of minority investor protection–combined with poor infrastructure–dissuade investors from lithium exploration in the country. The weak rule of law, lack of legal security and Bolivia’s exit from bilateral investment treaties must change if the nation is to fully develop its lithium potential.

At present the supply of lithium is lagging, prices have doubled this year alone, while demand is estimated to triple by 2025. The world market for lithium-ion batteries, for example, is fast-growing and expected to gross $30 billion by 2020. Besides Tesla, Nissan, BMW, and Daimler are all ramping up production of electric vehicles. Daimler, in fact, will be building a lithium-ion battery factory.

The challenge for Argentina, Bolivia, and Chile is to ensure a business climate that is friendly to foreign investment while ensuring compliance with rigorous environmental and community standards. The Inter-American Development Bank’s Index Americas is the ideal benchmark for the ABC countries and foreign investors to ensure that the mining business minds the business of all stakeholders in the region and beyond, for lithium as well as other natural resources.

Jerry Haar is a business professor at Florida International University and a Global Fellow of the Woodrow Wilson International Center for Scholars in Washington, D.C. 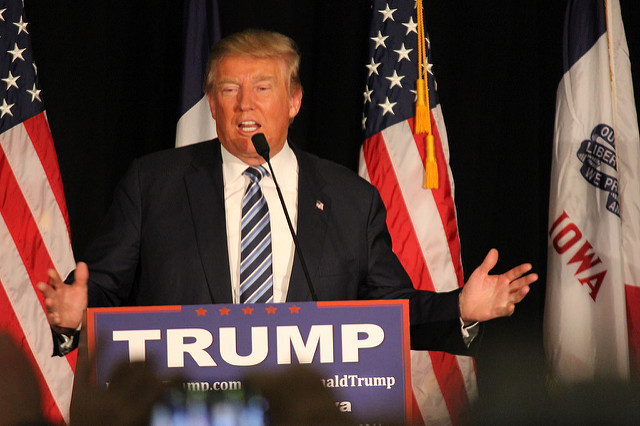 America Alone: One Year After Trump’s Triumph
Next article