Mercosur and the Pacific Alliance: Whither the Relationship?

On July 30, Mercosur’s Council of Ministers—its most important governing body other than the presidents themselves—was to have met in Montevideo, Uruguay.  Among the tasks at hand was to ratify the bloc’s rotating president, with Venezuela in line to take over for the next six months.  In protest over Venezuela’s slated ascension, the government of Paraguay refused to attend and the meeting was cancelled.  Both Brazil and Paraguay argue that Venezuela is not fit to lead, as it hasn’t fulfilled the democratic commitments it made when joining Mercosur in 2012.  The spat intensified when Venezuela’s foreign minister, Delcy Rodríguez, informed her counterparts on July 29th that Venezuela was assuming the presidency of Mercosur, regardless of objections.

How the spat will be resolved—Uruguay has indicated that “there are no legal arguments to impede the transfer”—remains to be seen.  But if Venezuela takes over, one important casualty will be Mercosur’s incipient rapprochement with the countries of the Pacific Alliance (PA).  This is despite the interest of Argentina, Uruguay, and now Brazil in greater convergence, as well as the long-standing interest of Chile in serving as a “bridge” between the between the two South American blocs.

Consider recent developments.  The Pacific Alliance presidents of Chile, Colombia, Mexico, and Peru met earlier this month in Puerto Varas, Chile.  They heralded the entry into force last May of a trade liberalization agreement eliminating tariffs on 92 percent of goods; established a $100 million fund to provide capital to new entrepreneurs; outlined steps to both expand public-private partnerships in the field of innovation and to promote the export capacity of small and medium-sized enterprises; and committed to deeper financial integration, a process involving the respective finance, not just trade, ministers of member countries.  The Pacific Alliance countries are among the region’s top performers at a time of global and regional economic hardship:  their economies grew on average by 2.6 percent between 2014 and 2016, more than double the rate for the rest of the region.  Together, according to figures from the Inter-American Development Bank, the Pacific Alliance countries constitute almost 40 percent of regional GDP, but in trade terms they punch above their weight, accounting for 55 percent of the region’s exports.

Argentina, Mercosur’s second largest economy, is only one of 49 observer states of the Pacific Alliance, but President Mauricio Macri’s attendance of the Summit garnered outsized attention.  Macri is a committed internationalist who, together with Brazilian provisional president Michel Temer, sees Mercosur’s inward orientation, legendary red tape, and protectionism as a straightjacket.  Uruguay and Paraguay have long held this perspective, but the importance of the Argentine and Brazilian markets for both countries has been too great for them to head out on their own.  Venezuela—whose burgeoning economic and governance crisis is of concern to the whole region—is the fly in the ointment in terms of formal Mercosur efforts to develop alliances with other countries and blocs, including the long-stalled talks with the European Union.

It has long been known that Pacific Alliance members trade more with countries and regions outside the Alliance (the United States, China, and the EU) than they do among themselves.  But at a time of plunging regional exports—their value contracted by 15 percent in 2015 and by 9 percent in the first quarter of 2016—trade within the PA has been more stable, and certainly less volatile than each member countries’ trade with Argentina and Brazil, both in recession.  That said, a country like Chile has more liberalized trade with Brazil than it does with other Alliance members, with tariffs lifted on 98 percent of goods, as opposed to the 92 percent within the Pacific Alliance.

Aside from the policies of economic openness that characterize the Pacific Alliance countries and are now increasingly appealing to Mercosur, perhaps the most attractive advantage the Alliance offers is the possibility of integration with Asia, an explicit Pacific Alliance goal.  While all Mercosur countries have had significant relationships with China, Argentina’s and Brazil’s exports to the three largest Asian markets—China, Japan, and South Korea—declined across the board in 2013-2014, whereas some Pacific Alliance members (notably Colombia) increased exports to these Asian countries.  Moreover, according to a new Wilson Center study, all Pacific Alliance countries except Mexico managed to increase exports to China as a percentage of total exports between 2012 and 2014.

Since the beginning of President Michelle Bachelet’s second term in 2014, Chile has sought to offer itself as Mercosur’s bridge to Asia, looking in particular to avoid a division of South America between the “good” free market countries of the Pacific and the “bad” statist and protectionist countries of the Atlantic.  In some quarters the desire for a bridging role was perceived—at least initially—as the Bachelet administration’s ambivalence toward the Pacific Alliance as anything other than one of many integration options.  But now the change in administrations in Brazil and Argentina, not to mention the hardships facing the entire region, give the prospect of convergence greater salience.

Aside from the size of its internal market, what Mercosur potentially offers the Pacific Alliance is the potential to establish manufacturing value chains that are practically non-existent within the Alliance and weak throughout Latin America in general.  With automobile manufacturing investments flooding into Argentina, this sector looks especially promising.  The bottom line is that integration rhetoric in the region is longstanding and cheap.  What appears to be changing is a coupling of the discourse with concrete self-interest among members of both blocs.  If Venezuela’s ascendency in Mercosur is affirmed, little progress is to be expected. 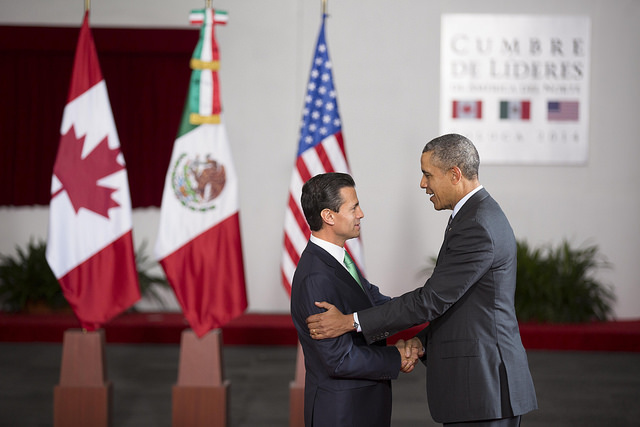 Mexico: A Bad Neighbor?
Next article 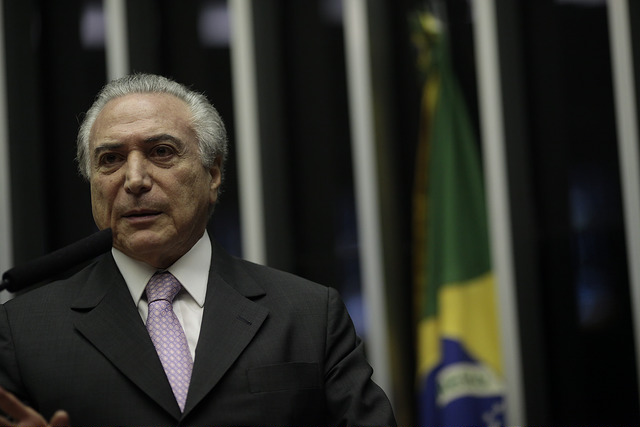