When it comes to renting cars in , Dollar/Thrifty again ranks tops.
For the second year in a row, surveyed travelers gave Dollar/Thrifty the highest score among major car rental companies in the region, with Hertz ranking second and Avis third.
Dollar/Thrifty beat out all competitors on rates and service – two factors key for business travelers. It narrowly lost to Avis in the speed of check-in and check-out of cars. And it lagged behind Hertz in vehicle options. But overall, its offerings earned a winning 4.7 score, the same as last year.

Competition for ’s car rental title was stiffer than in 2010, however. Hertz kept its second- place score at 4.6 this year, but other companies jumped in their rankings. Avis rose to 4.5 from 4; Budget jumped to 4.4 from 1.3; Alamo scored 4.2, up from 2; Enterprise earned 4.1, up from 1.9; and Brazil-based Localiza trailed with 3.7, which was still up sharply from less than 1 last year, the survey showed.

The rental companies are benefiting from solid economic growth, a rising middle class and increased tourism in , but many international travelers still don’t rent vehicles in .

Concerns about crime are a key reason. A device can help an out-of-towner find a route, but it can’t distinguish whether that route goes through a dangerous area that locals would avoid, travelers say. Should an accident or other problems occur, some visitors worry about corrupt police officers or the security risks while waiting alone for roadside assistance.
To keep safe, some multinational executives say they prefer to be driven by colleagues they visit abroad – or the colleague’s driver. Sharing time in the car also gives them more opportunity to talk.

Other travelers like to hire a driver with his or her own car, so they can avoid the stress of navigating unfamiliar roads and learning a new driving culture. Hiring a driver tends to be economical in because of lower labor costs compared to the or .

Then there’s the issue of price-deterring rentals. Rates can be high compared to other world regions. Raphael Almeida, a Brazilian working in , was stunned to find companies he consulted at in asked roughly double the rental rate he pays in . And that was for an average car compared to a Mercedes in , Almeida says. He rented nothing.

Still, Evelio Medina of says he learned the hard way that it’s worth paying more for a well-known company if you rent. In the , he once opted for a cheap rental from some unknown local joint and ended up with a flat tire, with no spare in the trunk and no jack either.

He now tends to use Dollar/Thrifty, Budget or other major companies to make sure he can count on their support systems in case of problems. Says , who heads up the Brickell Chamber of Commerce in , “I look for the companies that have online reservations and pick-up at the airport.” 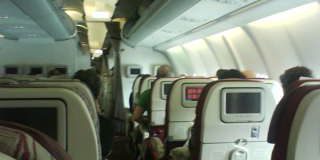