I can hardly believe it myself…Panama has topped yet another index. This time, the prestigious Latin Business Chronicle (LBC) has voted Panama number one in the region for infrastructure.

The Latin America region tends to get a bad rap when it comes to infrastructure, says the LBC. Companies all over the world say the region is deficient, spending on average 2% to 3% of GDP on infrastructure.

Averages can be misleading though, and countries like Panama and Nicaragua—which ranked among the region’s worst this year on the infrastructure index—vary greatly.

When it comes to the index’s four key categories: transport, technology, electricity and water, Panama does very well indeed.

Chile and Uruguay also topped the charts, taking second and third place, respectively, on the index. According to the World Bank “Doing Business” report, Panama is the best country in Latin America (and number 11 worldwide) when it comes to trading across borders.

The country with the worst infrastructure is Haiti (the index includes the Caribbean), followed by Nicaragua and Venezuela, which ranked as second and third-worst, respectively. Says the LBC, Venezuela ranks 124th in the world when it comes to the quality of its power supply, placing the nation behind countries like Tanzania and Ethiopia.

It’s not surprising Panama scored so high on the latest LBC index, as the Panama Canal has helped make Panama the “Hub of the Americas” in more ways than one. (Panama’s airport is also a major hub for flights from all over the Americas as well as other regions). The report singles out Panama’s import/export indicators, port quality, airports, and roads as exceptional in the region.

Expats living in Panama can attest to the quality of the infrastructure here; in terms of everything from Internet service to the Panama Canal Railroad, Panama outshines its neighbors. In fact, earlier this year the LCB announced that Panama had replaced Argentina as the Latin American country with the highest wireless penetration rates.

With such excellent infrastructure, it’s no wonder Panama also topped the LBC’s annual Latin Business Index to become the number one country for doing business. (The excellent business incentives available here may play a part in this, too). For the droves of expats that are interested in a “working retirement” in Panama, this is good news indeed.

Panama isn’t resting on its laurels, though—the current government is working hard to secure the nation’s future is just as bright.

The LBC says Panama will grow more than any other country in Latin America over the 2011- 2015 period. The tiny powerhouse is turning heads with its highly ambitious infrastructure plans for 2011 to 2014.

The government’s budget for 2011 may well be the biggest ever, with massive infrastructure projects such as the Panama Canal expansion, a new airport, and major roadworks expected to continue fueling the economy. 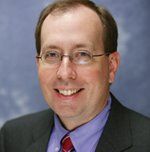